Delegates of all countries from A to Z, or from Angola to Zimbabwe, were welcomed at the Bath Model United Nations last weekend, to discuss the most prominent issues facing global society in today’s world. The English project classes of the Schiller Gymnasium and the Gymnasium Paulinum, and the IB class of Paulinum from the Q1 had five eventful days in Bath, three of which were spent debating at Kingswood School.

The Model United Nations (MUN) offers an opportunity for students interested in politics and debating to showcase and practice their skills in a simulation of the United Nations’ meetings. Every student represents a delegate from a specific country within an assigned committee, such as the Economic, Environment or Human Rights Committees.

At first, most of us were quite unsure of what to expect, seeing as we didn’t know how serious our fellow British students would be about the whole matter. In addition, we were told that most Brits are rather good and confident at debating, whereas we had never really practiced it before. This proved to be true in most cases. In fact, we were really impressed by the huge amount of background knowledge and the ability of many delegates to spontaneously give passionate speeches on very complex topics in a very formal language, which sometimes made it hard for us to follow.

However, we quickly discovered that, while maintaining a serious and sophisticated manner, the MUN was a fun event for all those who attended, and teenagers in the UK are, after all, not that different from teenagers in Germany. After watching the delegate of Taiwan stand up, rip up a piece of paper and scream “Death to China!” during one of several “joke” debates, including the suggestion of Canada to attempt finding “sexy and fun” solutions to climate change, we felt that there was no need to be nervous, and many of us actively participated in the discussions. Some delegates even managed to have their own resolutions passed, which had been prepared in class before the trip. The final discussion, a sort of “emergency scenario”, dealt with the spread of the corona virus, which had previously kept our teachers (and most of our fellow students) rather preoccupied.

Apart from taking part in the MUN, we spent some hours sightseeing in Bath and Bristol, which gave us the opportunity to explore a bit of England and its culture.

All in all, we had a really fun and educational trip. The MUN certainly is an experience none of us will forget soon. Finally, we would like to thank Kingswood School for hosting us, as well as for hosting this event annually, and we would also like to thank our teachers, for taking the time to prepare us for this joyous experience and see it through, while making sure we were well taken care of.

We are sure that the students of Paulinum will be looking forward to further debates and cultural exchanges. 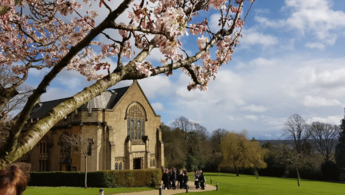 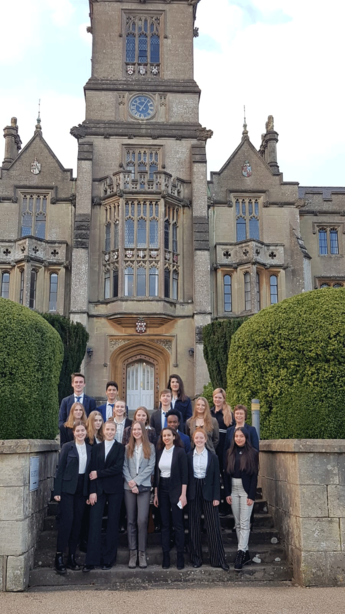